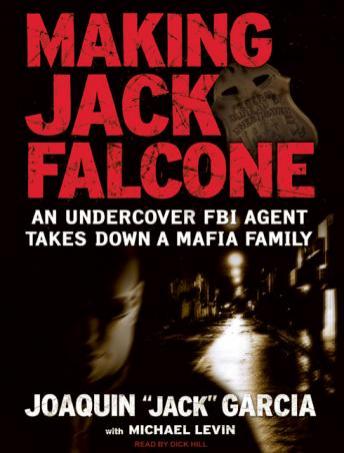 At six-foot-four-inches and 375 pounds, Jack Garcia looked the part of a mobster, and he played his part so perfectly that his Mafia bosses never suspected he was an undercover agent for the FBI. 'Big Jack Falcone,' as he was known inside La Cosa Nostra, learned all the inside dirt about the Gambino organized crime syndicate and its illegal activities-from extortion and loan-sharking to assault and murder. The result was a string of busts and a quarter-million-dollar contract put out on his life.

Making Jack Falcone tells the incredible true story of Garcia's audacious attempt to become only the second agent (after 'Donnie Brasco') to become a made man in the Mafia. Readers will join Garcia as he attends 'Mob School,' an intensive course of study designed to teach him everything he needs to know about the Mafia, its operations, and its attitudes. An unprecedented glimpse into the inner workings of the FBI, the book also pulls no punches as Garcia reveals how sometimes the agency ran smoothly and criminals were collared according to plan, while other times tempers flared over the progess of cases.

A fascinating inside look at the struggle between law enforcement and organized crime, Making Jack Falcone sheds new light on two organizational cultures that continue to exert an unparalleled grip on the American popular imagination.