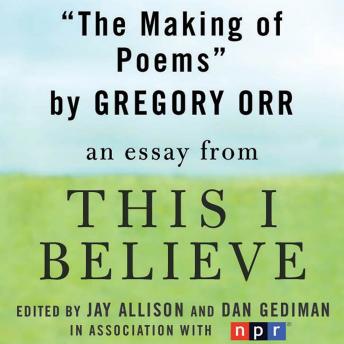 The Making of Poems: A 'This I Believe' Essay

Poet Gregory Orr reflects on the power of poetry to help people endure traumatic events and isolation in 'The Making of Poems', his contribution to NPR’s This I Believe series.