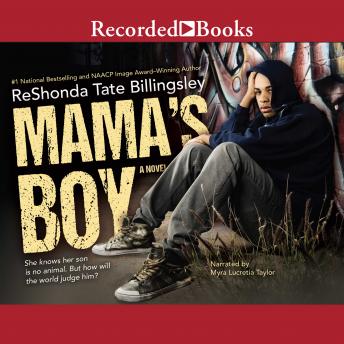 When her son is accused of a violent crime, church first lady Gloria Jones finds herself battling his prosecutor-as well as her own inner demons-to save him in this drama-filled novel from bestselling, award-winning author ReShonda Tate Billingsley. Gloria Jones is living a mother's worst fear. There's a massive manhunt for her son after a regular night out with friends escalated into the fatal shooting of a police officer. Her husband, esteemed minister Elton Jones, is humiliated by the news, complicating an already strained relationship with his son. And everyone in Jasper, Texas, a town already ripe with racial tension, is up in arms. But the killer they're searching for isn't the son Gloria knows, and now she must decide whether to turn him in or help him run. As the seventeen-year-old battles for his life, Gloria turns to the woman hell bent on bringing him to justice-prosecutor Kay Christiansen. Kay has built a solid record putting criminals behind bars and now, as she's about to ride the record to the city's top spot-Mayor of Houston-this new case could threaten everything she's worked for. But a mother's love knows no boundaries, and Gloria will have to face an ugly past and tackle painful secrets in an effort to save her son. *First catching audience's attention as a radio and television news reporter, ReShonda Tate Billingsley's faith-based fiction stands out from the pack. She is known for her engaging characters and intriguing storylines that many readers can identify with. *Reviewers enjoy ReShonda's work. PW stated 'Her ... dramedy scores a direct hit on the ever-popular subjects of love, marriage and divorce.' She is embraced by top magazines from Essence, Today's Black Woman, Publishers Weekly, Southern Living and Ebony, to Library Journal, Right On!, and The Positive Community. She's also been featured in dozens of local newspapers New Orleans to Grand Rapids and Washington D.C. to Los Angeles. *Her books have garnered so much attention that one is being turned into a movie by BET. 'Let the Church Say Amen' was screened at Bishop TD Jake's Mega-Fest, an international faith and film festival in 2013. *ReShonda Tate Billingsley's books appeal to the audience that enjoys Tyler Perry's plays and movies, including Why Did I Get Married, Diary of a Mad Black Woman and Madea's Family Reunion. Tyler Perry's works and ReShonda's novels contain the same family drama, real-life conflicts, humor and spiritual themes that audiences of all ages love. ReShonda Tate Billingsley is the #1 national bestselling author of numerous novels for adults, as well as the Good Girlz teen series. She recently won the NAACP Award for Outstanding Literary Work for Say Amen Again. She is also the author of the nonfiction book The Motherhood Diaries. Visit her website at ReShondaTateBillingsley.com.

This title is due for release on October 9, 2015
We'll send you an email as soon as it is available!