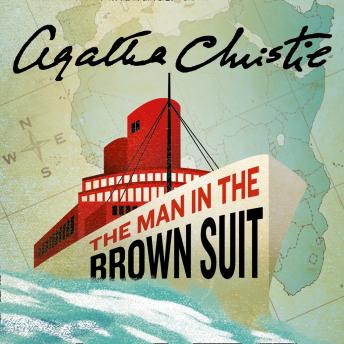 The Man in the Brown Suit

Another title in the ever popular Agatha Christie series.
The suave and debonair Colonel Race must solve a question, not of 'accidental death or suicide', but 'murder or double murder'.

Pretty, young Anne came to London looking for adventure. In fact, adventure comes looking for her - and finds her immediately at Hyde Park Corner tube station. Anne is present on the platform when a thin man, reeking of mothballs, loses his balance and is electocuted on the rails.

The Scotland Yard verdict is accidental death. But Anne is not satisfied.

After all, who was the man in the brown suit who examined the body? And why did he race off, leaving a cryptic message behind: '17-122 Kilmorden Castle'?

Man in the Brown Suit

This title is due for release on August 21, 2006
We'll send you an email as soon as it is available!