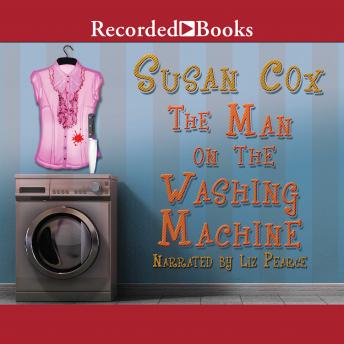 The Man on the Washing Machine: A Mystery

Former party girl Theophania Bogart is hiding in San Francisco to escape a family scandal, but her carefully-constructed new life is threatened when she sees Tim Callahan fall from a window. The police don't believe his death was an accident, and they seem to think Theo had sufficient motive to wish him dead. And when Theo's friend and business partner is also murdered mere days later, the police start digging even deeper into the secrets Theo's been running from. Theo soon realizes the only way to prove her innocence will be to find the real killer herself. Along the way, Theo has to navigate her best friend, who is one of her prime suspects; her young protege, who may or may not have a juvie record; her stern and unyielding grandfather, who exposes an unexpected soft center; and the man she found sitting on her washing machine one evening, who isn't quite what he appears, either. Sue Cox's Minotaur Books/Mystery Writers of America First Crime Novel Award-winning novel is a charming debut with wacky, colorful characters and a delightfully twisted mystery. SUE COX has worked as a journalist, the marketing and public relations director for a safari park, a fundraiser for schools and non-profit associations, and the president of the Palm Beach County Attractions Association. She was born in England and now lives in San Francisco. Her first novel, The Man on the Washing Machine, won the 2014 Minotaur Books/Mystery Writers of America First Crime Novel Competition.

Man on the Washing Machine: A Mystery