The Man Who Invented the Computer: The Biography of John Atanasoff, Digital Pioneer 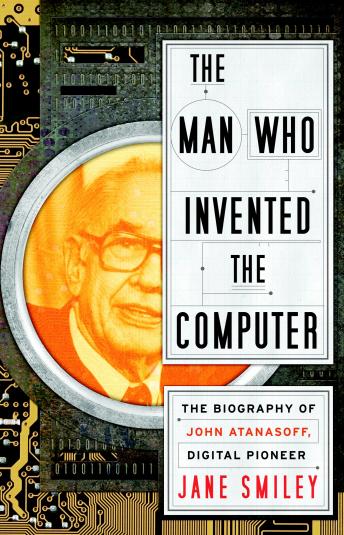 From one of our most acclaimed novelists, a  David-and-Goliath biography for the digital age.

One night in the late 1930s, in a bar on the Illinois–Iowa border, John Vincent Atanasoff, a professor of physics at Iowa State University, after a frustrating day performing tedious mathematical calculations in his lab, hit on the idea that the binary number system and electronic switches, com­bined with an array of capacitors on a moving drum to serve as memory, could yield a computing machine that would make his life and the lives of other similarly burdened scientists easier. Then he went back and built the machine. It worked. The whole world changed.

Why don’t we know the name of John Atanasoff as well as we know those of Alan Turing and John von Neumann? Because he never patented the device, and because the developers of the far-better-known ENIAC almost certainly stole critical ideas from him. But in 1973 a court declared that the patent on that Sperry Rand device was invalid, opening the intellectual property gates to the computer revolution.

Jane Smiley tells the quintessentially American story of the child of immigrants John Atanasoff with technical clarity and narrative drive, making the race to develop digital computing as gripping as a real-life techno-thriller.

Man Who Invented the Computer: The Biography of John Atanasoff, Digital Pioneer