The Man Who Would Be King and Other Stories 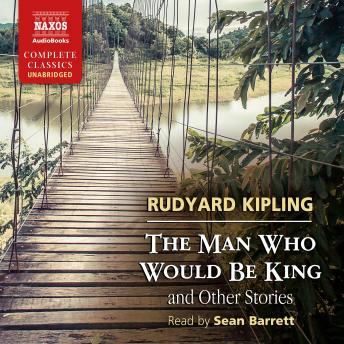 In a remote part of 19th-century Afghanistan, two British adventurers pursue their ambition to rule an empire. Using betrayal, threats and guns they win the respect of a primitive tribe and become worshipped as Gods, until one day they draw blood and the game is up. The Man Who Would Be King is an action-packed tale about the pitfalls of colonialism and the temptations and evils of power. This volume also includes the stories The Phantom Rickshaw, The Strange Ride of Morrowbie Jukes, The Mark of the Beast and many more.

Man Who Would Be King and Other Stories