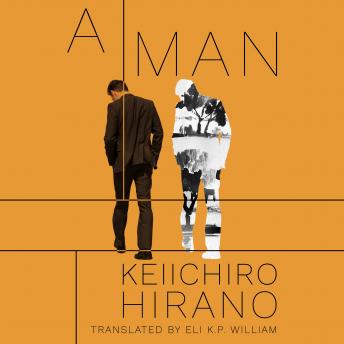 A man follows another man’s trail of lies in a compelling psychological story about the search for identity, by Japan’s award-winning literary sensation Keiichiro Hirano in his first novel to be translated into English.

Akira Kido is a divorce attorney whose own marriage is in danger of being destroyed by emotional disconnect. With a midlife crisis looming, Kido’s life is upended by the reemergence of a former client, Rié Takemoto. She wants Kido to investigate a dead man—her recently deceased husband, Daisuké. Upon his death she discovered that he’d been living a lie. His name, his past, his entire identity belonged to someone else, a total stranger. The investigation draws Kido into two intriguing mysteries: finding out who Rié’s husband really was and discovering more about the man he pretended to be. Soon, with each new revelation, Kido will come to share the obsession with—and the lure of—erasing one life to create a new one.

In A Man, winner of Japan’s prestigious Yomiuri Prize for Literature, Keiichiro Hirano explores the search for identity, the ambiguity of memory, the legacies with which we live and die, and the reconciliation of who you hoped to be with who you’ve actually become.