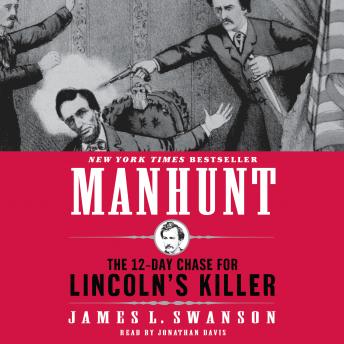 The murder of Abraham Lincoln set off the greatest manhunt in American history. From April 14 to April 26, 1865, the assassin, John Wilkes Booth, led Union cavalry and detectives on a wild twelve-day chase through the streets of Washington, D.C., across the swamps of Maryland, and into the forests of Virginia, while the nation, still reeling from the just-ended Civil War, watched in horror and sadness.

James L. Swanson's Manhunt is a fascinating tale of murder, intrigue, and betrayal. A gripping hour-by-hour account told through the eyes of the hunted and the hunters, this is history as you've never read it before.