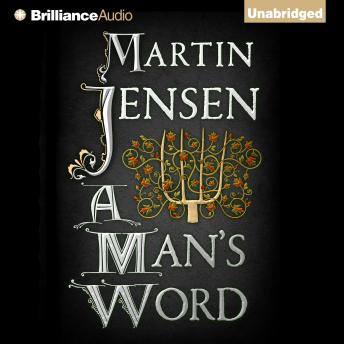 The crime-solving duo known as the King’s Hounds—Halfdan and his master, Winston—are investigating a possible plot against King Cnut by onetime enemy-turned-ally Jarl Thorkell. Joined on the arduous journey by Winston’s woman, Alfilda, and Atheling, his cranky mule, they venture to the markets in Thetford to gather information.

On the way, they meet a wealthy farmer who is seeking justice at the District Court against a thane accused of attacking a woman. When the thane tells a bald-faced lie in court, resulting in a dismissal of the charges, all hell breaks loose. In a time when noblemen are the law and they can’t be trusted to be ethical, the law has no meaning.

When the thane turns up dead, the tables turn and the accuser becomes the accused. Winston and Halfdan race to solve the crime before the region erupts in violence. Allegiances are tested and motives questioned in this captivating drama of justice and treachery in medieval England.

This is the third book in The King's Hounds series but can be enjoyed as a stand-alone story.