Mantle: The Best There Ever Was 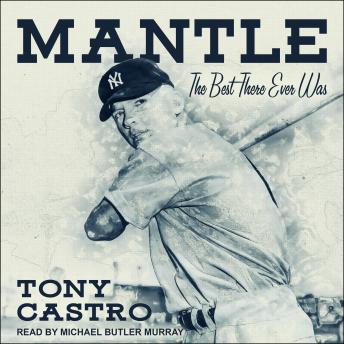 In Mantle: The Best There Ever Was, Mickey Mantle biographer Tony Castro brings to life the man who is arguably not only the greatest ballplayer of his time but also the greatest ballplayer of all time. Castro offers illuminating new insight into Mantle's extraordinary career, including the head-turning conclusion based on the evolution of analytics that the beloved Yankee switch-hitting slugger may ultimately win acclaim as having fulfilled the weighty expectations once placed on him: of being greater than even Babe Ruth. Mantle himself believed he would one day be the one to break Ruth's single season home run record.

Mantle: The Best There Ever Was completes Castro's Mickey Mantle Trilogy that includes Mickey Mantle: America's Prodigal Son, which the New York Times has called the best biography ever written about the Hall of Fame icon, and DiMag & Mick: Sibling Rivals, Yankee Blood Brothers. Its publication comes on the eve of the commemoration of the twenty-fifth anniversary of Mantle's death.

Mantle: The Best There Ever Was