The Many-Colored Land: Volume 1 of the Saga of Pliocene Exile 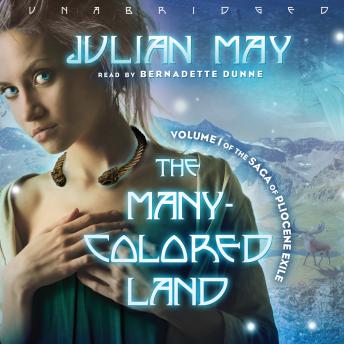 Written By: Julian May

This is a spellbinding tale woven of equal parts epic and myth—with a liberal dash of hard science fiction.
When a one-way time tunnel to Earth’s distant past, specifically six million BC, was discovered by folks on the Galactic Milieu, every misfit for light-years around hurried to pass through it. Each sought his own brand of happiness. But none could have guessed what awaited them. Not even in a million years.
In the early twenty-second century, many humans are being born with psychic powers and are linked in a single galactic mind. Those without these psychic powers—the misfits, undesirables, criminals, and radicals—have a choice: mental reprogramming or exile. Exile, voluntary or otherwise, takes them back six million years, to a time between the extinction of dinosaurs and the rise of Homo sapiens, and to a time of exotic surprises and unknown dangers.

Many-Colored Land: Volume 1 of the Saga of Pliocene Exile