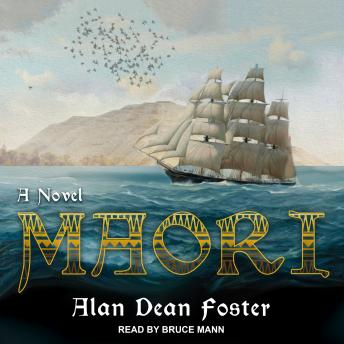 The only son of a poor British coal miner, Robert Coffin sets sail for the far ends of the Earth in search of his fortune, leaving his young bride and infant child behind in England. In the sordid and dangerous South Pacific port of Kororareka, on the sprawling island the native Maori call 'the Land of the Long White Cloud,' Coffin builds a successful new life as a merchant. He gains an unwavering respect for the aboriginal people and their culture, and finds comfort in the arms of his fiery Irish mistress, Mary.

But the unexpected arrival of a China-bound clipper bearing his wife, Holly, and son, Christopher, throws Coffin's world into turmoil-compounded by the ever-increasing tension between the Maori tribes and the mistrusted 'pakehas' who are plundering their land. As the years of a volatile nineteenth century progress, the indomitable family of the stalwart adventurer the Maori have named 'Iron Hair' will struggle, sacrifice, and endure through war, chaos, catastrophe, and change.