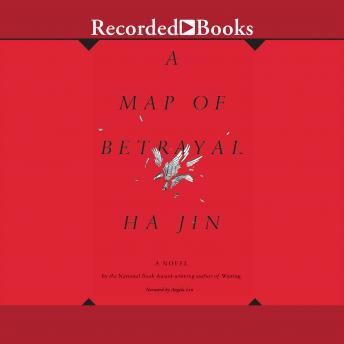 A Map of Betrayal

From the award-winning author of Waiting: a spare, haunting tale of espionage and conflicted loyalties that spans half a century in the entwined histories of two countries-China and the United States-and two families as it explores the complicated terrain of love and honor. When Lilian Shang, born and raised in America, discovers her father's diary after the death of her parents, she is shocked by the secrets it contains. She knew that her father, Gary, convicted decades ago of being a mole in the CIA, was the most important Chinese spy ever caught. But his diary-an astonishing chronicle of his journey from 1949 Shanghai to Okinawa to Langley, Virginia-reveals the pain and longing that his double life entailed. The trail leads Lilian to China, to her father's long-abandoned other family, whose existence she and her Irish American mother never suspected. As Lilian begins to fathom her father's dilemma-torn between loyalty to his motherland and the love he came to feel for his adopted country-she sees how his sense of duty distorted his life. But as she starts to understand that Gary, too, had been betrayed, she finds that it is up to her to prevent his tragedy from damaging yet another generation of her family.