The Mapmaker's Daughter: A Novel 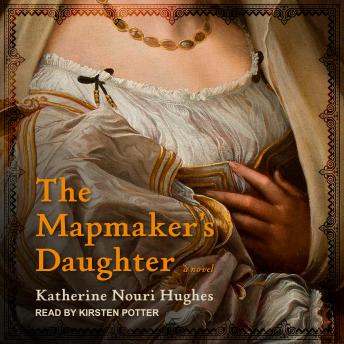 A novel of the Venetian girl who became the most powerful woman in the Ottoman Empire-perfect for fans of Netflix's Magnificent Century.

The Ottoman Empire was at the height of its power during the sixteenth century when Cecilia Baffo Veniero was kidnapped from her Venetian homeland and chosen to be the wife of Selim II, successor to Sultan Suleiman the Magnificent. She would be known as Nurbanu.

The Mapmaker's Daughter vividly imagines the confession of Nurbanu as she lies on her sickbed narrating the spectacular story of her rise to the pinnacle of imperial power, determined to understand how her extraordinary destiny was shaped. With unflinching candor, Nurbanu reviews the desires and motives that have both propelled and harmed her, as she considers her role as a devoted yet manipulative mother, helping to orchestrate her son's succession to the throne. Serving as the appointed enforcer of one of the empire's most crucial and shocking laws, Nurbanu confronts the consequences of her loves and her choices-right up to one last shattering revelation.