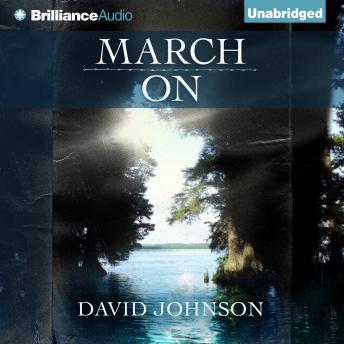 In the fourth book of the Tucker series, Tucker’s grandson March is at a crossroads as he tries to reconcile his troubled past with his hopeful future. Debbie has given March her heart completely, and though he loves her desperately, he struggles to fully commit to her.

Meanwhile, it seems as if evil is stalking March’s family. An old nemesis comes looking for him and, frustrated in his search, takes Tucker hostage. March’s sister, April, is also in peril after her workplace crush turns ugly and she unwittingly finds herself in harm’s way, becoming the victim of an unspeakable crime.

Can March rescue Tucker, help April, and finally put his past to rest, so he and Debbie can find the happiness they both deserve?

Revised edition: This edition of March On includes editorial revisions.