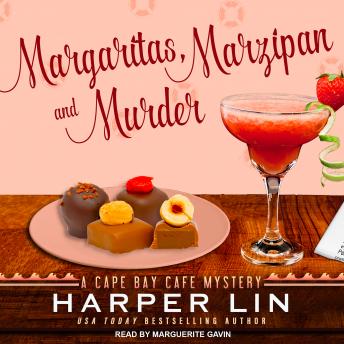 Summer tourist season is winding down, but the Cape Bay police find a dead body in the alley beside Mary Ellen's Souvenirs and Gifts. Police rule it a suicide, but Francesca Amaro knows it's murder. Who would buy a bag of souvenirs, including a box of delicious marzipan, only to commit suicide moments later?

Even though the police tell her to stay out of the case, Fran is too curious not to investigate, even though she's running a busy and popular cafe.