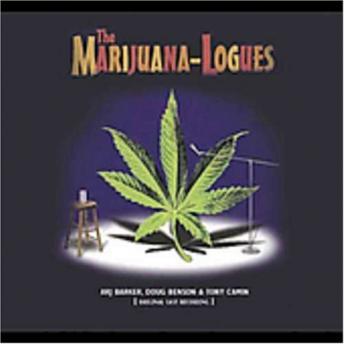 Paper Magazine, High Times, Newsday, New York Press, Broadway.com, and many others are all raving about "The Marijuana-Logues", the hilarious take on a certain female genitalia-themed show. But instead of talking vaginas, top comedians Arj Barker, Doug Benson, and Tony Camin discuss the good, bad, and all around joy of pot smoking. This CD is a live cast recording with the original three members and it captures the trio at their best. The show has run in various forms for over two years and maintains a six-month run at the Actor's Playhouse Theater in NYC. A touring company is being put together now. "...Fast moving...this talented and complementary trio breathes new life into pot humor. Inventive writing...irresistibly funny...tongue planted firmly in cheek"--Associated Press.