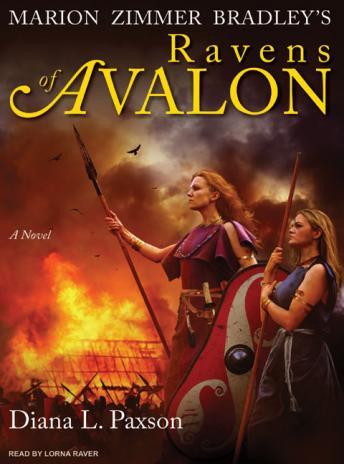 Marion Zimmer Bradley's Ravens of Avalon follows the journey of Boudica, a Celtic princess, and Lhiannon, a priestess who is Boudica's mentor on the Druid isle. When the Romans conquer Britain, Lhiannon fights them while Boudica marries a king who has surrendered. Theirs is a great love story, but when he dies, the Romans brutalize her and her daughters. Enraged, Boudica raises the British tribes and nearly succeeds in driving the Romans from Britain, claiming a place in history. Lhiannon survives and becomes the guardian of the Druid traditions in the new Roman Britannia as high priestess of the Forest House.

Epic in its sweep and peopled by the remarkable women who have always inhabited Avalon, Marion Zimmer Bradley's Ravens of Avalon expands the legendary saga that has enchanted millions of readers over the years and is sure to please Bradley's loyal readership as well as anyone who loves wonderfully told stories of history, myth, and fantasy.

This title is due for release on August 27, 2007
We'll send you an email as soon as it is available!