A Mark Felt: The Man Who Brought Down the White House 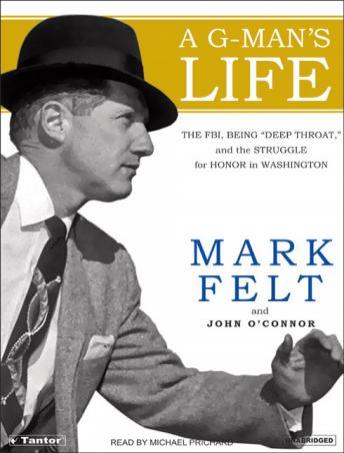 In 1974, Mark Felt was given the code name 'Deep Throat' and shared intelligence on the Watergate break-in with a young reporter from the Washington Post named Bob Woodward. Thus began the greatest political scandal in the twentieth century, which would besmirch an entire administration and bring down a presidency.

A patriotic man, Felt only revealed his role in our national history as he neared the end of his
life. Based on his personal recollections, Mark Felt chronicles his FBI career, from the end of the
great American crime wave and World War II to the culture wars of the 1960s and his penetration
of the Weather Underground; provides rich historical and personal context for his role in the
Watergate scandal; and depicts how he came to feel that the FBI needed a 'Lone Ranger' to
protect it from White House corruption.

Mark Felt: The Man Who Brought Down the White House

This title is due for release on April 30, 2006
We'll send you an email as soon as it is available!