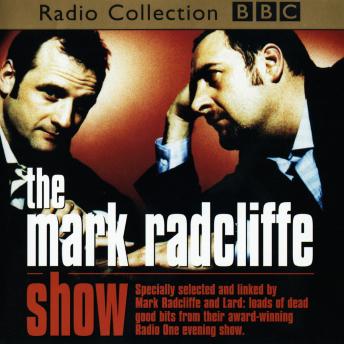 When Radio One chief Matthew Bannister popped into 'A Lite Bite' in Altrincham for his favourite gherkin roll, little did he expect to find the two northern chancers who would bring so much sophistication to his beloved station. For there in the corner, playing a DLT Give Us A Break trivia game, stood Mark Radcliffe and his mate, known not particularly affectionately as Lard. Soon millions would be tuning in to hear the witty banter and roughhouse sketches of the men once described as 'that fat git and the other one'. The comic interludes here set hearts a-flutter, had the critics raving and drove leading academics to acclaim their breakthrough in conjugating the word 'bollocks'. This collection of treasured moments is our tribute to the mirth of Mark and Lard.