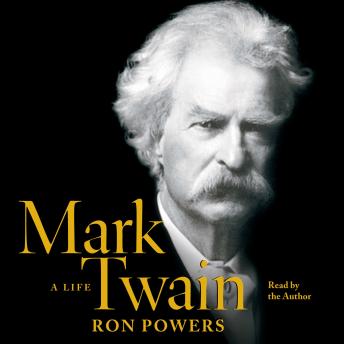 Ron Powers’s tour de force has been widely acclaimed as the best life and times, filled with Mark Twain’s voice, and as a great American story.

Samuel Clemens, the man known as Mark Twain, invented the American voice and became one of our greatest celebrities. His life mirrored his country's, as he grew from a Mississippi River boyhood in the days of the frontier, to a Wild-West journalist during the Gold Rush, to become the king of the eastern establishment and a global celebrity as America became an international power. Along the way, Mark Twain keenly observed the characters and voices that filled the growing country, and left us our first authentically American literature. Ron Powers's magnificent biography offers the definitive life of the founding father of our culture.