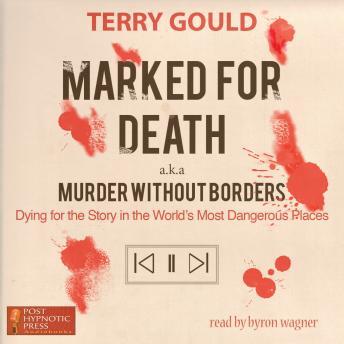 Worldwide, nearly 75% of journalists who die on assignment are murdered for their pursuit of stories of injustice. Who are these journalists who have sacrificed literally everything for the story? Where did they find their courage? Investigative reporter Terry Gould traveled to the five most dangerous countries in which to be a journalist — Iraq, the Philippines, Russia, Colombia and Bangladesh. This audiobook presents Gould's unforgettable portraits of seven murdered journalists who carried on despite death threats from terrorists, corrupt politicians, gangsters and paramilitary leaders. Their stories show how selflessly humans can love justice and their fellow citizens; how dogged and resourceful people can be in attempts to thwart injustice; how vital it is to show the defeated and the indifferent, as well as the powerful; and that there really are some things worth dying for.

** Due to Extended Track Length this title may not be able to be transferred to regular audio CD.