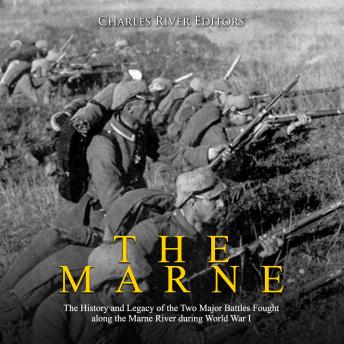 Marne, The: The History and Legacy of the Two Major Battles Fought along the Marne River during World War I

If trench warfare was an inevitability during the war, it is only because the events leading up to the First Battle of the Marne were quite different. The armies at the beginning of the war moved quickly through the land, but the First Battle of the Marne devolved into a bloody pitched battle that led to the construction of trenches after the Germans retreated, blocked in their pursuit of Paris. When the aftermath disintegrated into a war between trenches, some Germans thought they had the upper hand since they were occupying French territory, but with fewer soldiers than the combined Allied nations and fewer resources and supplies, it was possibly only a matter of time before they were ultimately defeated. The commander of the German armies, General Helmuth von Moltke, allegedly said to Kaiser Wilhelm II immediately after the First Battle of the Marne, 'Your Majesty, we have lost the war.' Winston Churchill himself would later reference that anecdote, writing, “Whether General von Moltke actually said to the Emperor, ‘Majesty, we have lost the war,’ we do not know. We know anyhow that with a prescience greater in political than in military affairs, he wrote to his wife on the night of the 9th, ‘Things have not gone well. The fighting east of Paris has not gone in our favour, and we shall have to pay for the damage we have done.’'

Marne, The: The History and Legacy of the Two Major Battles Fought along the Marne River during World War I