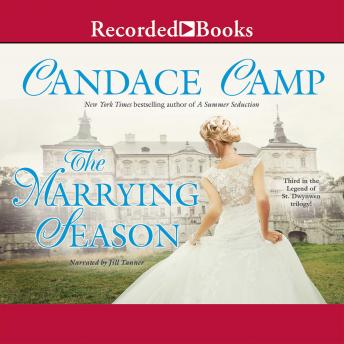 Her brother Alec, Earl of Rawdon, has joyously wed his true love, but Genevieve Stafford anticipates no such unabashed emotion on her wedding day. The icily beautiful aristocrat is to marry Lord Dursbury, and love is not part of the bargain. But when someone frames Genevieve in a cruel scheme, the scandal shatters her engagement and her respectability. So why has Sir Myles Thorwood gallantly offered to marry her? Handsome, flirtatious Myles is her opposite in many ways, yet he understands her the way no other man ever has. Trumping her expectations of a loveless marriage, Myles shows Genevieve just what it means to be man and wife . . . but are his attentions mere kindness or true devotion? Will their passion endure for more than a passing season?

This title is due for release on October 25, 2013
We'll send you an email as soon as it is available!