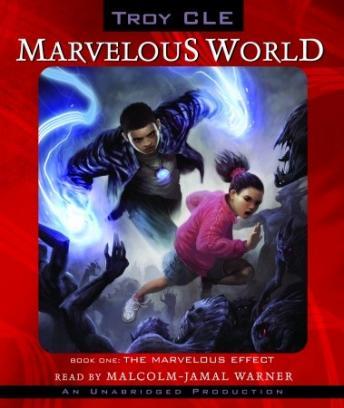 Louis Proof is an Ordinary kid. He loves listening to hip Hop, racing radio controlled cars, and hanging out with his best friend, Brandon. Then a mysterious letter invites him to visit the local junkyard. There he finds a secret underground amusement park like no other in existence. This is the best day of Louis's life. The park even has the most amazing race course for radio-controlled cars.
Louis starts racing right away. It's a close contest; he's about to activate his nitro boost to take the lead, when...
This is the worst day of Louis's life. Without warning of reason, thirteen-year-old Louis Proof falls into a coma due to a virus of a mysterious, celestial origin. When he awakens three months later, the world that he once knew and loved is totally out of control. He will learn that his illness is connected to everything that is wrong, and its not only his responsibility but destiny to set things right.
This story is megadramatic, remarkably true, super action fantasy.
Get ready!