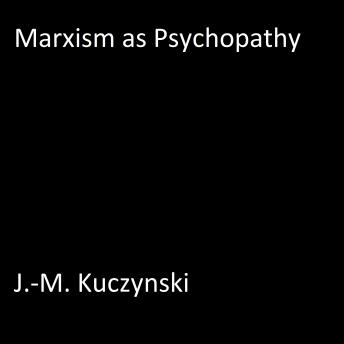 The essence of psychosis is alienatedness from the truth, and the essence of psychopathy is alienatedness from moral truth. According to Marx, truth and morality from culture to culture and from epoch to epoch, the only epoch- and culture-invariant thing about them being, in Marx's view, that they are always so much self-serving propaganda. Thus, Marxism, in its insistence on the non-existence (or, what is the same, the relativity) of truth and morality, is nothing more than an exhortation to be psychotic and psychopathic; and the supposedly unsuccessful Marxist revolutions in Russian, China, and Cambodia were, in fact, successful--that is to say, they successfully implemented the psychotic psychopathy that is the very heart of Marxism.