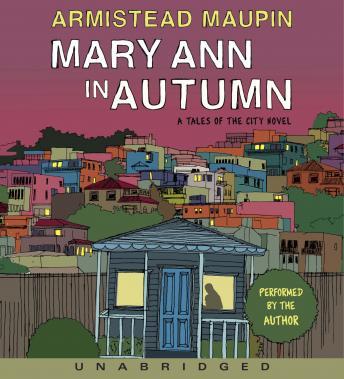 Mary Ann in Autumn: A Tales of the City Novel

Inspiration for the Netflix Limited Series, Tales of the City

Following the success of his New York Times bestseller Michael Tolliver Lives, Armistead Maupin’s Mary Ann in Autumn is a touching portrait of friendship, family, and fresh starts, as the City by the Bay welcomes back Mary Ann Singleton, the beloved Tales of the City heroine who started it all. A new chapter begins in the lives of both Mary Ann and Michael “Mouse” Tolliver when she returns to San Francisco to rejoin her oldest friend after years in New York City… the reunion that fans of Maupin’s beloved Tales of the City series have been awaiting for years.