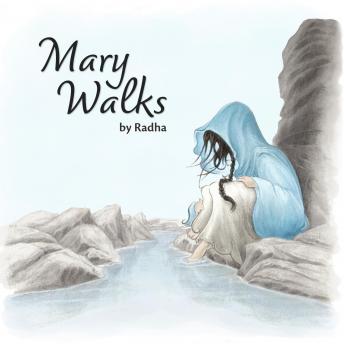 Maryam was born to be a healer. At least that's what Judith, the village midwife who raised her, always told her. Under Judith's wing, Maryam learns the ways of the natural world and of the Mother Goddess. On her own, she discovers, and then questions, God after she is brutally raped. Coming of age, Maryam struggles with choosing between Mother and God, healer and wife. According to Judith and her community, Maryam cannot have both. It simply isn't done.


Twenty years in the making, Mary Walks is an alternate, imaginative view of one of history's most enigmatic young women: Mary, mother of Jesus. Through the depths of senseless violence, our heroine is forced upon discovering her deepest truth: the union of both Mother Goddess and God within her own miraculous body. Radha's gritty retelling of the story passed down for centuries at the center of mainstream religious beliefs dispels the myth and puts the legendary figure into a corporeal body for readers.