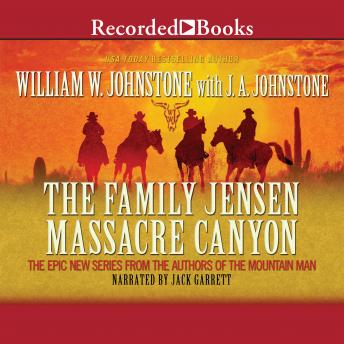 Two outlaw brothers have been leaving a blood-trail on their way to infamy on the western frontier. Until bounty hunter Luke Jensen catches one of the black-hearted Kroll brothers away from his gang. But while Luke is trying to get Mordecai Kroll from jail to justice, he's ambushed by the Kroll gang and taken prisoner. And that draws Luke's own brother Smoke Jensen into the fight, guns drawn. . . Brothers By Blood. Brothers By Battle. With Smoke Jensen comes fire--adopted son Matt and lifelong friend Preacher, who storm into battle to save Luke Jensen from the Krolls. With trigger-happy back-stabbers, cutthroat outriders, and murdering devils joining the fray, the deadly mayhem paints the harsh landscape an unforgiving red--a place where Jensen's enemies go to die. .