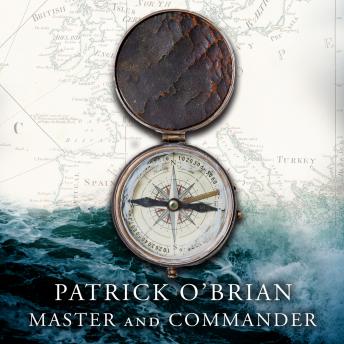 Patrick O'Brian's Aubrey-Maturin tales now are widely acknowledged to be the greatest series of historical novels ever written.

Master and Commander is the first of Patrick O'Brian's now famous Aubrey/Maturin novels, regarded by many as the greatest series of historical novels ever written. It establishes the friendship between Captain Jack Aubrey RN and Stephen Maturin, who becomes his secretive ship's surgeon and an intelligence agent. It contains all the action and excitement which could possibly be hoped for in a historical novel, but it also displays the qualities which have put O'Brian far ahead of any of his competitors: his depiction of the detail of life aboard a Nelsonic man-of-war, of weapons, food, conversation and ambience, of the landscape and of the sea. O'Brian's portrayal of each of these is faultless and the sense of period throughout is acute. His power of characterisation is above all masterly.

This brilliant historical novel marked the début of a writer who has grown into one of the most remarkable literary novelists now writing, the author of what Alan Judd, writing in the Sunday Times, has described as 'the most significant extended story since Anthony Powell's A Dance to the Music of Time'.