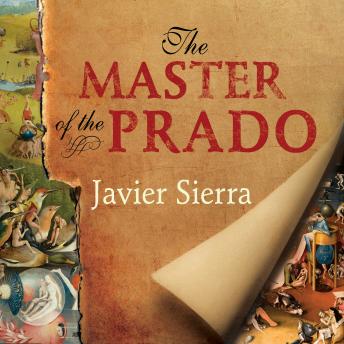 The Master of the Prado

Presented as a fictionalized autobiography, The Master of the Prado begins in Madrid in 1990, when Sierra encounters a mysterious stranger named Luis Fovel within the halls of the Prado. Fovel takes him on a whirlwind tour and promises to uncover startling secrets hidden in the museum's masterpieces-secrets that open up a whole new world to Sierra.

The enigmatic Fovel reveals how a variety of visions, prophesies, conspiracies, and even heresies inspired masters such as Raphael, Titian, Hieronymus Bosch, Botticelli, Brueghel, and El Greco. The secrets they concealed in their paintings are stunning enough to change the way we think about art, uncovering mysteries about historical facts, secret sects, and prophetical theories. It is these secrets that lead Sierra to question his entire understanding of art history and unearth groundbreaking discoveries about European art.

At once a captivating novel and a reference guide to Madrid's famed museum, The Master of the Prado is full of insights and intriguing mysteries. Sierra brings historical characters alive in this astounding narrative filled with dazzling surprises that will entrance you.

Master of the Prado