MasterMind: The Many Faces of the 9/11 Architect, Khalid Shaikh Mohammed 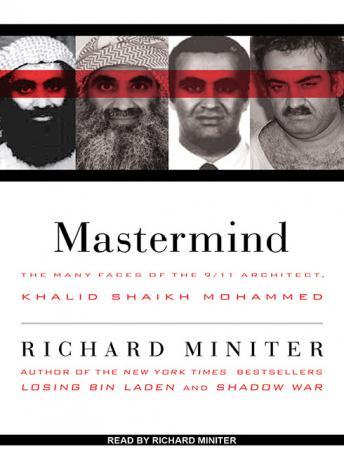 Khalid Shaikh Mohammed, the architect of the 9/11 attacks, has carried out many of the biggest terrorist plots of the past twenty years, including the 1993 World Trade Center bombing, the Millennium Plots, and the beheading of Daniel Pearl. As the world awaits his trial, bestselling author and investigative journalist Richard Miniter brings to life his shocking true story.

Based on more than one hundred interviews with government officials, generals, diplomats, and spies-from the United States, Europe, the Arab world, and Afghanistan-and on-the-ground reporting from Morocco, Egypt, Israel, Afghanistan, Pakistan, the Philippines, and Guantánamo Bay, Miniter reveals never-before-reported Al Qaeda plots and surprising new details about the 9/11 attacks. He also shows how Khalid Shaikh Mohammed was radicalized in America and takes us inside terrorist safe houses, CIA war rooms, and the cages of Guantánamo Bay.

While thoroughly reported and strongly sourced, this is a pounding narrative that reads like a thriller.

MasterMind: The Many Faces of the 9/11 Architect, Khalid Shaikh Mohammed