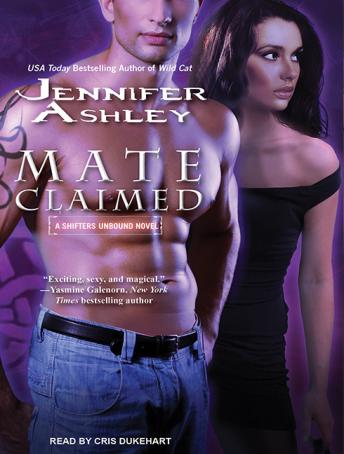 Eric Warden knows that half-Shifter wildcat Iona is passing for human,
living without a Collar in the human world. He also knows that if she
does not acknowledge her Shifter nature and her mating hunger, it could
kill her.Iona finds the mysterious and dangerous Eric, a
wildcat and leader of his Shiftertown, haunting her dreams, but she vows
never to take the Collar, fearing backlash against her mother and
sister for hiding the fact that she's Shifter. But Eric is a compelling
Shifter male, and Iona's hunger calls to him.

This title is due for release on February 11, 2013
We'll send you an email as soon as it is available!