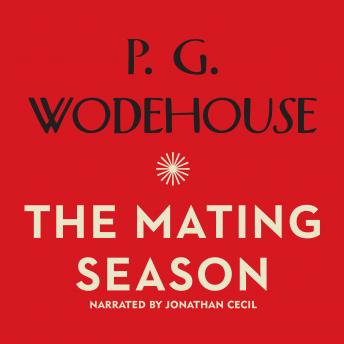 #1949 of The Jeeves and Wooster Series

Wodehouse dishes up non-stop hilarity in this classic quagmire featuring birdbrained Bertie Wooster and his astute butler, Reginald Jeeves. When Gussie Fink-Nottle lands in the slammer, Bertie poses as his pal in order to keep Madeline Bassett at bay. After all, no one knows Bertie at Deverill Hall. Corky’s dog, covert couples, five crackpot aunts, and a concert in costume increase the confusion. Captain Dobbs descends on Deverill to arrest a greenbearded burglar with a bonding hound—but who was the man in the checked suit? It’s Jeeves to the rescue again as he appears undercover to save nitwit Wooster from Fink-Nottle’s fate.