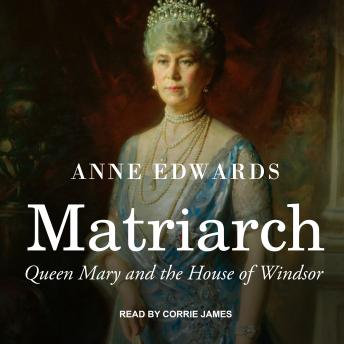 Matriarch: Queen Mary and the House of Windsor

The life of Princess May of Teck is one of the great Cinderella stories in history. From a family of impoverished nobility, she was chosen by Queen Victoria as the bride for her eldest grandson, the scandalous Duke of Clarence, heir to the throne, who died mysteriously before their marriage. Despite this setback, she became queen, mother of two kings, grandmother of the current queen, and a lasting symbol of the majesty of the British throne. Her pivotal role in the abdication of her eldest son, the Duke of Windsor, is just one of the events that provide the backdrop for both thrilling biography and for narrating the splendors and tragedies of the entire house of Windsor.

Matriarch: Queen Mary and the House of Windsor