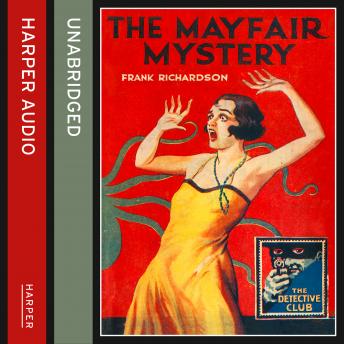 The first in a new series of classic detective stories from the vaults of HarperCollins involves a disappearing corpse, a supernatural theory, and a genuinely shocking finale.

"This most entertaining detective story is concerned with an amazing crime. The body of a wealthy man is discovered by his valet. The valet hurried to a friend of the dead man to tell him of the tragedy. They return to find the body gone! The motive of the murder becomes a deeper mystery still, and no clue seems to lead anywhere. Little by little, however, evidence is built up round a theory, and clever detective work triumphs in the end. For ingenuity and dramatic situations "The Mayfair Mystery" is hard to beat."

First published in 1907 as 2835 Mayfair, the book had caught the imagination of the reading public for its thrilling twists, its wit and imagination, and was chosen to be one of the first 12 classic books released by the Club.