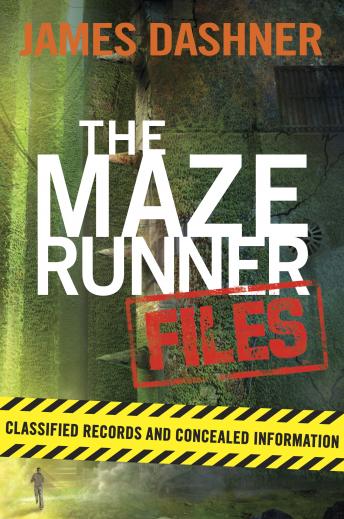 Classified files from the world of the #1 New York Times bestselling Maze Runner series, perfect for fans of The Hunger Games and Divergent. The first and second books, The Maze Runner and The Scorch Trials, are now major motion pictures featuring the star of MTV's Teen Wolf, Dylan O’Brien; Kaya Scodelario; Aml Ameen; Will Poulter; and Thomas Brodie-Sangster! Also look for James Dashner’s newest novels, The Eye of Minds and The Rule of Thoughts, the first two books in the Mortality Doctrine series.

'[A] mysterious survival saga that passionate fans describe as a fusion of Lord of the Flies, The Hunger Games, and Lost.'—EW.com

[STAR] “James Dashner’s illuminating prequel [The Kill Order] will thrill fans of this Maze Runner [series] and prove just as exciting for readers new to the series.”—Shelf Awareness, Starred

'Take a deep breath before you start any James Dashner book.'-Deseret News