Meanwhile with The Bearded Ladies: The Complete First Radio Series 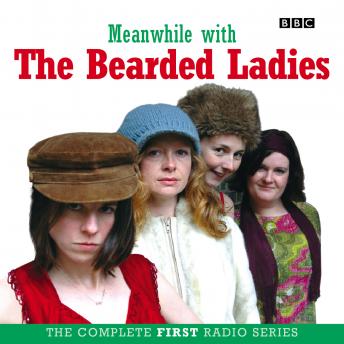 ‘The Bearded Ladies’ write and star in their BBC Radio 4 series, which co-stars Mark Addy and Ronnie Corbett. ‘The Bearded Ladies’ are two well-established double acts – Oriane Messina & Fay Rusling and Charlotte McDougall & Susie Donkin – who have written for TV’s ‘Green Wing’, ‘Smack the Pony’ and Radio’s ‘Dead Ringers’. 'Meanwhile with the Bearded Ladies’ sees the foursome starring in and writing their own BBC Radio 4 series about four women friends coping with life, work and men. Mel is hunting for a man – any man, and Lucy wants Kevin to help her get rid of a rat. Jo and Kevin are trying for a baby so she can be a really Yummy Mummy, and Alex is planning her wedding. But will she achieve all 154 items on her ‘To Do’ list – including writing the Best Man’s speech? Co-starring Mark Addy, with Ronnie Corbett as Guest Narrator.

Meanwhile with The Bearded Ladies: The Complete First Radio Series