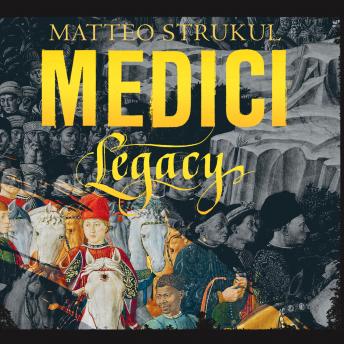 The third instalment in a prize-winning series charting the rise of the House of Medici as they become Masters of Florence and progenitors of the Renaissance.

Fontainebleau, 1536. Francis II, dauphin of France, is dead. Poisoned. And the royal court believe Catherine de' Medici to be the murderer. With the heir apparent dead, her husband Henry will now be the next King of France – and her queen – and Catherine's family is known to stop at nothing to consolidate their power.

But not yet queen and without an heir of her own, Catherine cannot be sure of securing her family's legacy. To ensure the conception of an heir, she will need to seek help from an unexpected ally: Nostradamus, the reclusive astronomer and purported seer. Dismissed by most as a charlatan and a heretic, she knows he will be her only hope in becoming a mother.

Amid court intrigues, betrayals and humiliations, Catherine now waits. Awaits the death of her father-in-law, King Francis, and awaits the birth of a son who will carry her name. For once she is queen, Catherine de' Medici's power will only grow. But that power comes at a heavy cost, one she might ever regret.