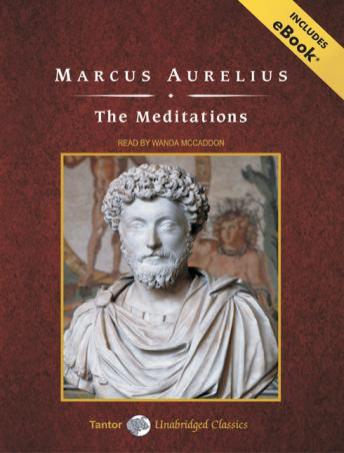 'Live each day as if it were your last.'

Written in Greek by the only Roman emperor who was also a philosopher, without any intention of publication, Marcus Aurelius's Meditations offers a remarkable series of challenging spiritual reflections and exercises developed as the emperor struggled to understand himself and make sense of the universe. Ranging from doubt and despair to conviction and exaltation, they cover such diverse topics as the nature of moral virtue, human rationality, divine providence, and Marcus's own emotions. But while The Meditations was composed to provide personal consolation and encouragement, in developing his beliefs Marcus Aurelius also created one of the greatest of all works of philosophy: a timeless collection of extended meditations and short aphorisms that has been consulted and admired by statesmen, thinkers, and readers throughout the centuries.

This title is due for release on February 8, 2010
We'll send you an email as soon as it is available!