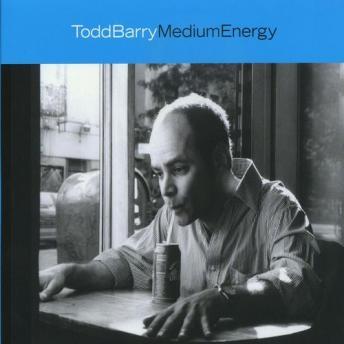 Medium Energy might be pushing it since the deadpan Todd Barry often sounds like he needs a good poke with a stick, but behind the weary delivery is a sharp, somewhat sick wit. Barry's act has more than its fair share of filth, but with a delivery that's the polar opposite of Andrew Dice Clay's, his sleaze material is a fascinating kind of creepy instead of the usual brash offensiveness. Past the icky toilet humor is Barry's acerbic observations on everyday life and some hilarious riffing on the music industry that suggests the comedian is well aware of the indie music scene (anyone with an overly analytical music aficionado for a friend will greatly appreciate "Crazy Mixed Tape"). Odd that the track listing flicks by faster than Barry's pulse, but "odd" is something he wears like a badge. He's an acquired taste, but for those who enjoy Andy Kaufman-type characters who challenge an audience rather than play to them, Medium Energy will go from endurance test to Top Ten list in about three listens. Comedy albums that demand repeat listens are rare, ones that grow with each listen even rarer. Weird, rewarding, and a funny sort of unsettling