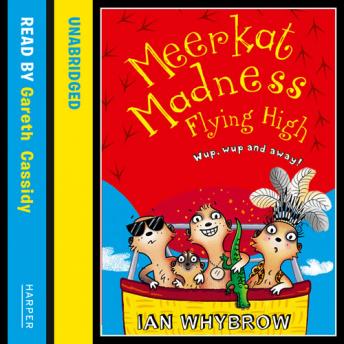 The first animal in the hilarious Awesome Animals series - awesome adventures with the wildest wildlife.

The Really Mad Mob is expanding! With new faces joining familiar ones in Far Burrow, the thrill-seeking meerkat pups have more exciting adventures ahead of them. Join Uncle Fearless and the intrepid pups in a brand new, sky-high Kalahari escapade!

More hilarious adventures from the creator of Harry and the Bucketful of Dinosaurs.