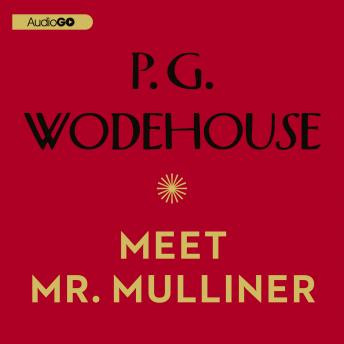 #1 of The Mr. Mulliner Series

In the Angler’s Rest, a bucolic English pub, drinking hot scotch and lemon, sits one of Wodehouse’s greatest raconteurs. Mr. Mulliner, his vivid imagination lubricated by Miss Postlethwaite the barmaid, has fabulous stories to tell of the extraordinary behavior of his far-flung family. One of them concerns Wilfred, who lights on the formula for Buck-U-Uppo, a tonic given to elephants to enable them to face tigers with the necessary nonchalance. Its explosive effects on a shy young curate and then the higher clergy are gravely revealed.

“[P. G. Wodehouse] is known for numerous popular stories and novels about his whimsical upper-class characters: the Honorable Bertie Wooster, Psmith, Mr. Mulliner, Jeeves, the valet, and assorted peers. Much of the humor stems from the idle gentleman. The books contain fantasy, affectionate satire, and the absurd comic situations of farce. The style is very elaborate, full of verbal ingenuity, mock pomposity, and unexpected slang.”--The Reader’s Encyclopedia