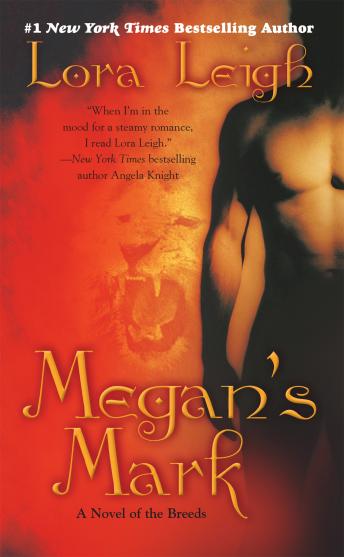 Megan's Mark: A Novel of the Breeds

Cursed with the extraordinary power to feel other peoples’ emotions, Megan Fields has tucked herself away in a remote corner of New Mexico, working as a small-town sheriff’s deputy. She finds solace in the silence and heat of the desert. But when Breeds begin dying on her watch, Megan realizes that the secrets from her past can’t stay buried forever. Someone is out for blood—her blood.

An arrogant Feline Breed, Braden Arness broods with feral intensity. His mission to solve the mysterious murders brings him to Megan, a woman who accosts his senses like no other. Only with him can she let down her guard—and surrender to the insatiable hunger that wracks her body. But as they team up to hunt the elusive killers, Braden and Megan find themselves becoming the prey…

Megan's Mark: A Novel of the Breeds

This title is due for release on May 2, 2006
We'll send you an email as soon as it is available!