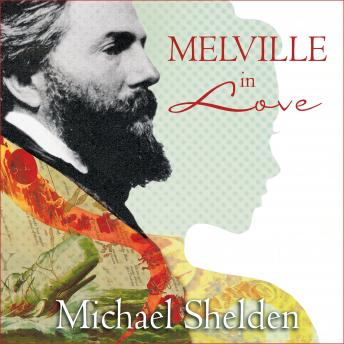 Melville in Love: The Secret Life of Herman Melville and the Muse of Moby-dick

Herman Melville's epic novel, Moby-Dick, was a spectacular failure when it was published in 1851, effectively ending its author's rise to literary fame. Because he was neglected by academics for so long, and because he made little effort to preserve his legacy, we know very little about Melville, and even less about what he called his 'wicked book.' Scholars still puzzle over what drove Melville to invent Captain Ahab's mad pursuit of the great white whale.

In Melville in Love Michael Shelden sheds light on this literary mystery to tell a story of Melville's passionate and clandestine affair with a married woman named Sarah Morewood, whose libertine impulses encouraged and sustained Melville's own. In his research, Shelden discovered documents suggesting that, in their shared resistance to the 'iron rule' of social conformity, Sarah and Melville had forged an illicit and enduring romantic and intellectual bond. Emboldened by the thrill of courting Sarah in secret, the pleasure of falling in love, and the excitement of spending time with literary luminaries, Melville found the courage to take the leap from light works of adventure to the hugely brilliant, utterly subversive Moby-Dick.

Melville in Love: The Secret Life of Herman Melville and the Muse of Moby-dick