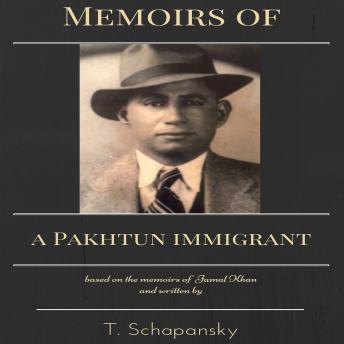 Memoirs of a Pakhtun Immigrant

He signed up to sail on SS Rajputana as soon as he'd heard it was bound for Canada. By the time the ship reached port in Esquimalt, British Columbia in November of 1939, his decision had already been made. He had reached the land of freedom, and if he were to ever provide a better life for his wife and children, he couldn't possibly return to Bombay. With a heart full of hope, and only four dollars in his pocket, he slipped away from his crew. This is the story of Gafoor Khan, an illegal immigrant and a courageous man - he spent nearly ten years on Canadian soil before being granted legal status. Woven from his son's memories, this story was written to chronicle times and events, to ensure that how this family came to be in Canada would not become lost over time. Carefully chosen copies of photographs and historical documents are included.