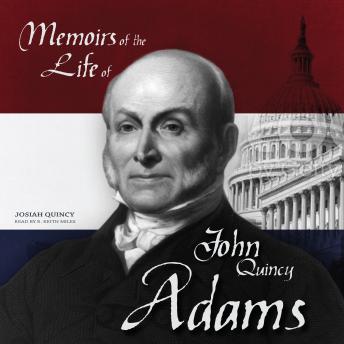 Memoirs of the Life of John Quincy Adams

This memoir comprises the most important events in the life of a statesman second to none of his contemporaries in laborious and faithful devotion to the service of his country. John Quincy Adams (1767-1848) was a diplomat, politician, and President of the United States (1825-1829). His party affiliations were Federalist, Democratic-Republican, National Republican, and later Whig. He is most famous as a diplomat involved in many international negotiations, and for formulating the Monroe Doctrine. As president he proposed a grand program of modernization and educational advancement, but was unable to get it through Congress. Late in life, as a Congressman, he was a leading opponent of the Slave Power, arguing that if a civil war ever broke out the president could abolish slavery by using his war powers, a policy followed by Abraham Lincoln in the Emancipation Proclamation of 1863.