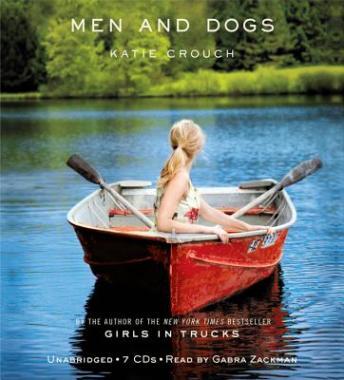 Men and Dogs: A Novel

When Hannah Legare was 11, her father went on a fishing trip in the Charleston harbor and never came back. And while most of the town and her family accepted Buzz's disappearance, Hannah remained steadfastly convinced of his imminent return.

Twenty years later Hannah's new life in San Francisco is unraveling. Her marriage is on the rocks, her business is bankrupt. After a disastrous attempt to win back her husband, she ends up back at her mother's home to 'rest up', where she is once again sucked into the mystery of her missing father. Suspecting that those closest are keeping secrets -- including Palmer, her emotionally closed, well-mannered brother and Warren, the beautiful boyfriend she left behind -- Hannah sets out on an uproarious, dangerous quest that will test the whole family's concepts of loyalty and faith.

Men and Dogs: A Novel