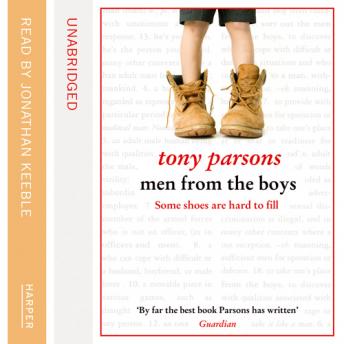 Men From the Boys

Ten years on from MAN AND BOY, it is crunch time for Harry...

Life is good for Harry Silver. He has a beautiful wife, three wonderful children and a great job as producer of the cult radio show, A Clip Round the Ear. But Harry is about to turn forty and his ex-wife is back in town. Soon it could be time to kiss the good life goodbye...

When Harry's fifteen-year-old son Pat moves out to live with his mother, the hard times have only just begun. With his son gone, his job at risk and his wife unsettled by the reappearance of her own ex, their dream seems to be falling apart.

Into the chaos of Harry Silver's life stroll two old soldiers who fought alongside Harry's late father in The Battle of Monte Cassino in the spring of 1944. Will these two grumpy old men help Harry reclaim his son, his family and his life? And can they show Harry Silver what it really means to be a man?

Funny, moving and unforgettable, MEN FROM THE BOYS is a story of how we live now.

Men From the Boys